GET ME OOOOUT OF HERE 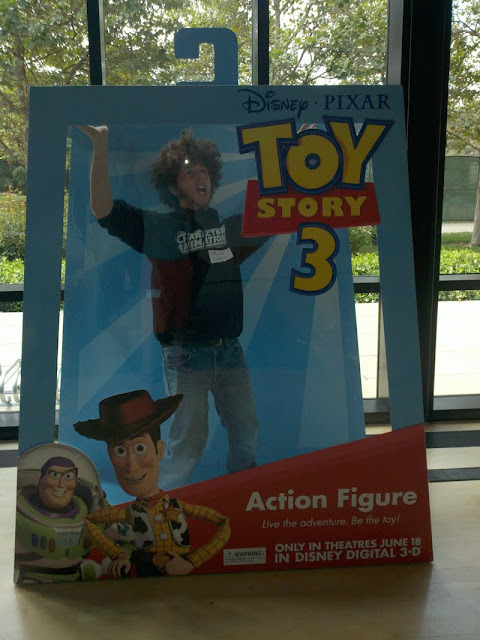 I had the privilege of going on a tour at Pixar this morning. As always, the place is a paradise. It's especially striking compared to Dreamworks/PDI, which I was lucky enough to see last week - Pixar is sunny and the faces are cheery, while Dreamworks was a bit darker, more corporate, and everybody looked like they were cold.

While the art at both studios was obviously amazing, I couldn't help but gawk at the Toy Story 3 color keys by Daisuke Tsutsumi. 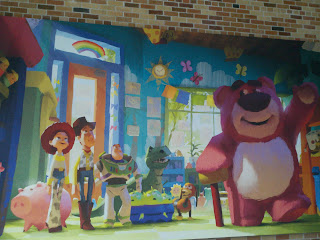 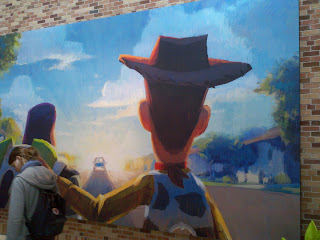 The cafeteria at Dreamworks beats Pixar's handily. Seriously - my tour was only like 20 minutes, and I spent a good hour eating the cafeteria, and I have no regrets. 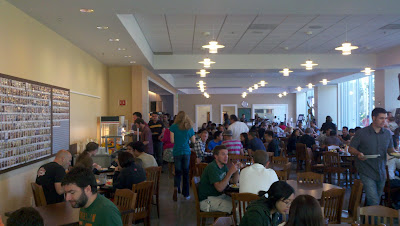 All in all, both looked like ridiculously fun places to work. Although, SURPRISE CONCLUSION: Pixar is totally awesome.
Made by Michael Piazza at about 8:07 PM