Just got back from an awesome two week trip to the east coast. It's hot as shit over there, but still quite enjoyable (especially NYC, where I hadn't been before). 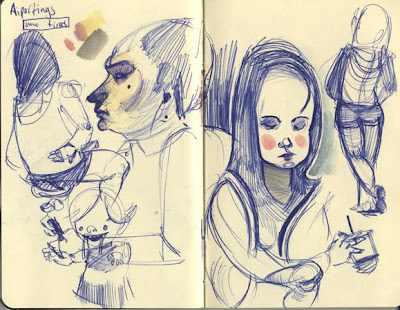 Airporters @ SFO- The beginning of my journey! 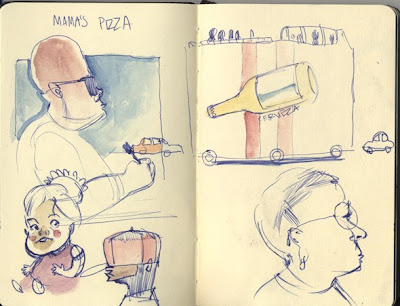 People in NYC look different from anywhere I've ever been. Everybody there is a caricature, I swear. You get a sense that everybody is 'somebody' (even the thuggier residents). 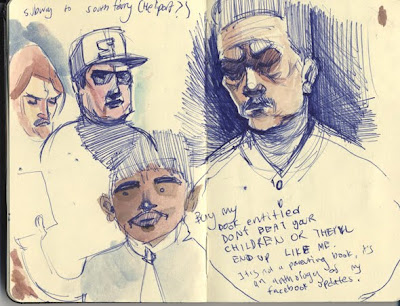 Faces on the metro. One man was selling his book of anthologized Facebook updates, entitled "Don't Beat Your Children or They'll End Up Like Me." 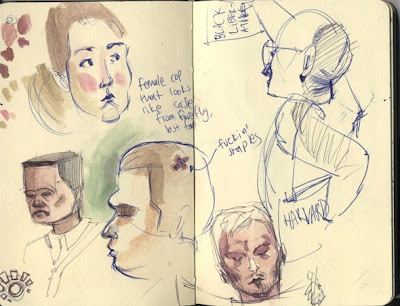 Mawfuckah had staples in his head. 'Nuff said. 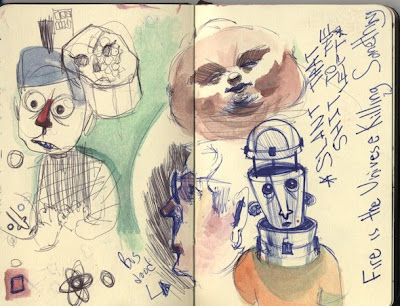 I saw a sleeping Jabba The Hutt on the train. 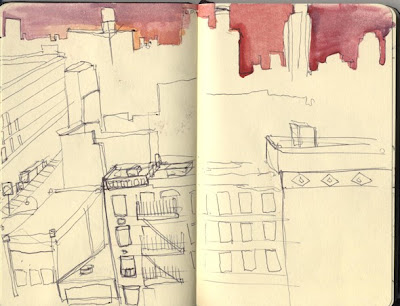 Unfinished sketch of the view from our apt in east village. 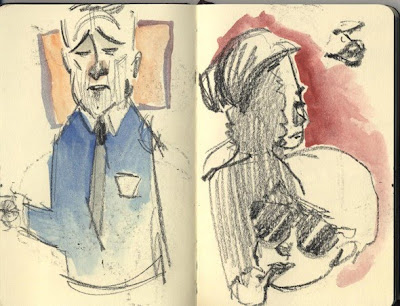 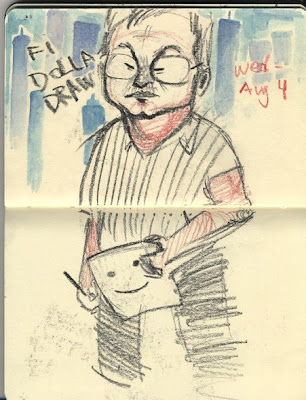 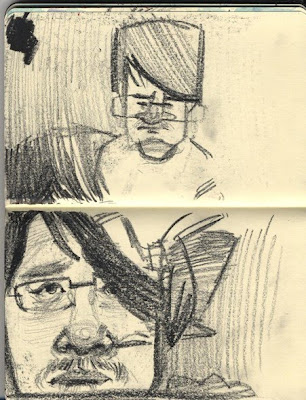 I actually paid this fellow $5 to draw my portrait, because his drawings looked decent (turned out they weren't). He was mightily confused when I whipped out my pencil and started drawing him back! 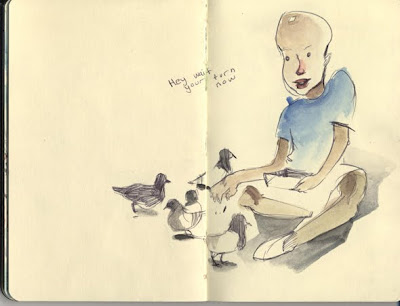 It was sweet and sad actually. Sweet because it was such an innocent scene, sad because I'm pretty sure those pigeons were his only friends.

I wish I had spent more time trying to capture his expressions of terror and wonder as small children chased his flock of pigeons around the park. 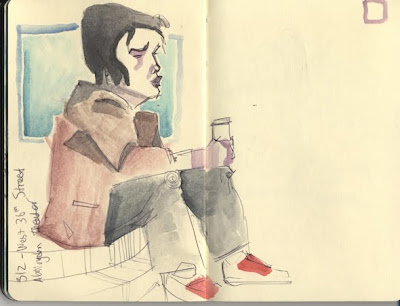 Even the dirtiest of hobos wear hip, sexy red shoes in NYC. 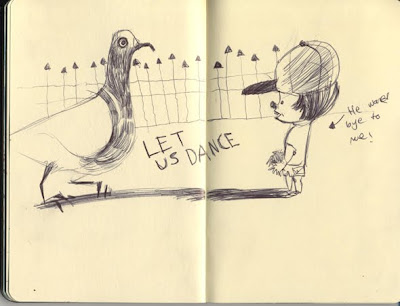 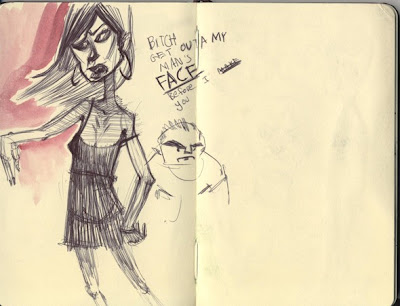 It's true what they say about people from New Jersey. 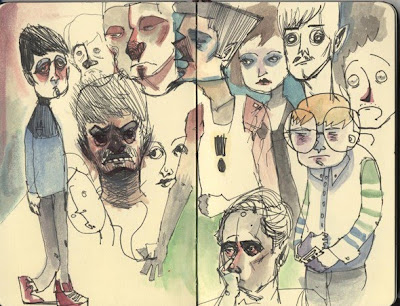 In D.C. there was less to draw. Our tour of the monuments and whatnot was pretty fast, and I didn't have time to really plop down and draw them. So instead I regressed to just drawing random people from my head. 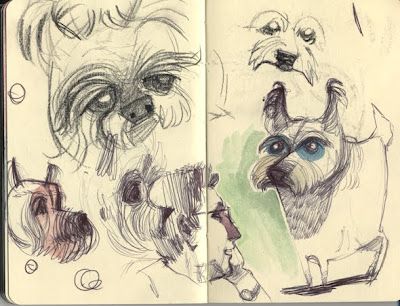 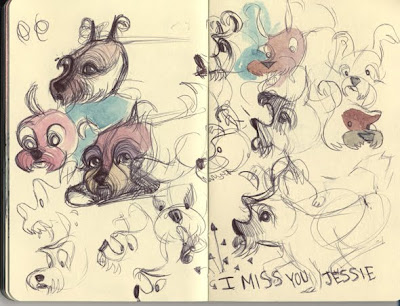 My relatives had an adorable little dog named Jessie. It would play fetch all over the house, and you'd have to try to wrestle 'boney' out of her mouth by shaking her back and forth. I'm pretty sure I gave this poor dog brain damage. 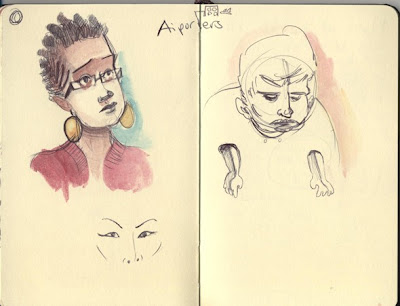 Calm down girl in red, I wasn't checking you out. I was just drawing your expressive mug. BWI airport.

In general, I felt much safer drawing strangers on the East coast. As in, I would occasionally receive puzzled or dirty looks, but I rarely got the 'YOU ARE ABOUT TO BE STABBED' eyes that are seen in Oakland so often.

Made by Michael Piazza at about 2:58 PM

Awesome sketches dude! I need to see your sketchbook for realz once we get to CalArts. I love all of these pages.

The sleeping Jabba the Hutt was my favorite.
You make moleskines look so good (I make them look like cheap paper and bleedy inkmarks).

Thanks guys! I'm glad to have such rad classmates next year.